Commitment/mission
Struggle for a new everyday life
K1
2020
Activities
2007 - 2020
Information
About Kanslibyrån
Projects
The Phantom Administration
X
The Archive of Actions
The Golden Offensive
A more Concrete Society
The American Chapter
The Paper Revolt
Operation Reorganization
Name
General information
Year
The American Chapter
2010
Specification
Summary
A separate section in the Archive of Actions consisting of 36 actions performed in the U.S
Description
Before the American Chapter, Kanslibyrån had mainly operated in Sweden, where the characters of different Swedish cities made their mark, with their infrastructure, commerce, street life and cultural offerings. Kanslibyrån wanted to export its subjective and site specific perspective and apply it in a more global context, and thus went to the Mecca of popular culture: New York.
In October 2010, Kanslibyrån landed in the United States, to see the American everyday life from the tourist's perspective. USA is especially interesting with its strong influence on the Swedish Lifestyle, social patterns and values. The American Chapter is an attack on Western norms in general and American norms in particular.
Documentation 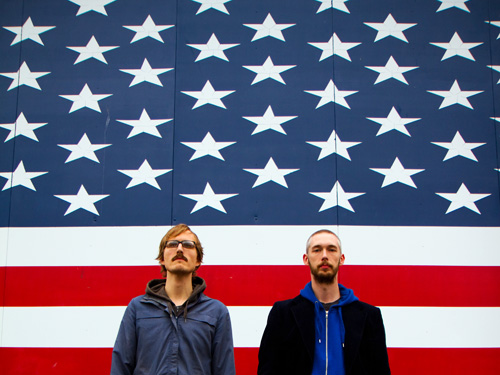 USA:
U.S. National motto: In God We Trust
Currency: American dollar
Bird Species: ca. 750
Country Code: 1
Kanslibyrån is politically and religiously independent.
The bureau commits itself to counteract ingrained norms and conventions and to work in a democratic and philanthropic spirit.
Kanslibyrån is an activist group and an institution created by Per-Arne Sträng and John Huntington. The bureau was founded in 2007 and operates both nationally and internationally.